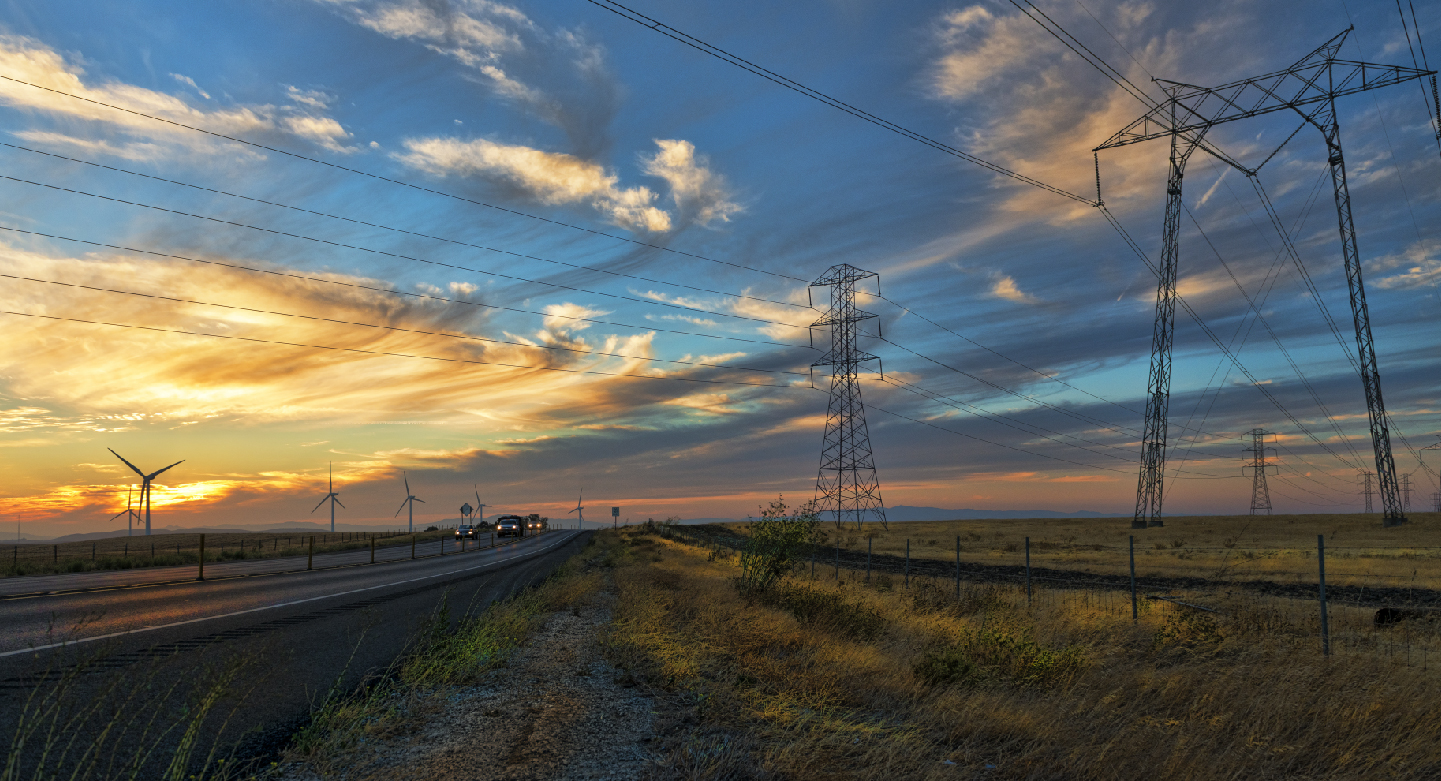 After the Civil War, several overlapping movements helped lay the groundwork for public power. Progressives sought public use of river benefits as a matter of philosophy, believing that rivers should not be monopolized by private interests. Farmers and grange organizations, in the interest of shipping goods and equipment by water, also fought river monopolies, wishing to avoid a path similar to the one taken by the railroad industry.

Public power was introduced to the Northwest through municipal utility systems.  Around the turn of the century, cities took on the job of pumping drinking water from nearby streams and rivers, a task which required electricity.  McMinnville Water and Light, established in 1889, was the region’s first municipal electric utility, and it also provided power for street lamps and home lighting.  Tacoma, Port Angeles and Seattle and other cities in the region developed municipal electric systems shortly after McMinnville.

Existing side by side with these early public utilities were privately owned power companies.  In urban areas, price wars between public and private utilities reduced the price of power.  Yet private power rates in rural areas were generally high as there were no municipal utilities nearby to drive prices down through the threat of competition.

Early advocates of public power fought to form municipal utilities and to clear the way legislatively for the formation of cooperatives and public utility districts.  It was an uphill battle.  Private power companies in the region had greater financial and legal resources and a strong desire to maintain and build their service territories.  The price differences referred to above and general fear of monopolies contributed to the widespread support for legalizing public utility districts in the states of the Pacific Northwest.

In the early 1930s, Washington and Oregon passed state laws allowing rural areas to form public utility districts.  The Rural Electrification Act of 1936 (Act) extended the benefits of electric power to the nation’s farmers through a low-cost loan program.  Before that Act was passed, only a handful of cooperatives existed; six years later, over 800 had been formed.

Municipal utilities, cooperatives and public utility districts (PUDs) existed in part due to the federal government’s interest in developing the region’s generation resources.  Early in his presidency, Theodore Roosevelt signed the Reclamation Act of 1902, which encouraged the development of previously inhospitable land through public works projects.  In the Pacific Northwest, Roosevelt advocated a strong federal role in the development of dams on the Columbia River and its tributaries.  An early example of federal involvement was the Minidoka project, a federal dam near Burley, Idaho.  Though the main purpose of the dam was irrigation, the dam generated enough power to support the creation of municipal and cooperative power systems nearby.  Similar situations occurred elsewhere in the region.  Dams built for flood control and irrigation generated enough power to support nearby public utilities.

Basin and by establishing an electric transmission system throughout the Northwest.  The Bonneville Project Act reads in part, “In order to ensure that the facilities for the generation of electric energy at the Bonneville project shall be operated for the benefit of the general public, and particularly of domestic and rural consumers, the administrator shall at all times, in disposing of electric energy generated at said project, give preference and priority to public bodies and cooperatives…”  This Act created preference, a concept which ensured that public utilities received the power they needed at a cost-based rate.  Preference continues to this day, though its role in the evolving competitive electricity market is still being debated.

The first BPA Administrator was J.D. Ross, a strong public power advocate.  He established uniform “postage stamp” rates for BPA so that all utilities regardless of location paid the same price for transmission over BPA lines, and he initiated an aggressive transmission line construction program.  Ross also encouraged formation of new PUDs and sought industrial customers to provide a revenue base while the publics were being formed.  At the outbreak of World War II, the cheap power generated at Pacific Northwest dams contributed greatly to the defense industry, particularly in the production of aluminum, as well as plutonium production at the Hanford Reservation.

In the 1960s, energy use was increasing, and public utilities were concerned there might not be enough energy from the hydroelectric system to go around.  Most publics were too small to consider building resources by themselves.  In 1956, 17 Washington public utility districts formed the Washington Public Power Supply System (WPPSS) in order to combine their resources to build generation.

In the late 1970s and 1980s, energy shortages were still expected.  Deficits of 2,000 to 4,000 average megawatts were predicted for the 1980s. In order to prepare for the shortage, the WPPSS members and BPA undertook the construction of several nuclear plants to supplement existing hydroelectric resources (Washington Nuclear Projects 1 through 5).  By 1978, construction of the first three WNP plants had fallen two to three years behind schedule, and cost estimates for completion had doubled.  Feared shortages had turned to energy surpluses by the early 1980s.  These factors, combined with environmental opposition to nuclear power, led to the termination of all but one of the WPPSS plants.

In the late 1970s, forecasts of impending shortage led to concerns about how the limited supply of cheap hydro-generated power in the Pacific Northwest would be divided among regional utilities.  Congress passed the Pacific Northwest Electric Power Planning and Conservation Act (Northwest Power Act) in 1980, which granted BPA the right to acquire new resources to serve load growth of public utilities.  The predicted power shortage never materialized, but as thermal plants were brought on line in the region, rates rose sharply, and consumers in the Northwest began to conserve energy.

The Northwest Power Act also created the Northwest Power and Conservation Council (Council).  The Council’s task was to plan for future energy needs and to develop a fish and wildlife mitigation and enhancement project.  Increasingly over the last two decades, the Council, Native American tribes and environmentalists have drawn attention to the dwindling salmon runs on the Columbia River system.  And a number of salmon and steelhead runs have been listed for protection under the Endangered Species Act.  The region has undertaken considerable analysis to determine to what extent the dams have contributed to the dwindling runs.  And over the past few years, evidence has begin to show that cycles in the ocean appear to have a significant impact on salmon returns.  Salmon returns have rebounded in the Columbia River.

Until recently, electric utilities were local monopolies with specific service areas and customers. The traditional utility performed three distinct functions:  power generation, transmission and distribution.  In the Pacific Northwest, about 70 percent of the power generated comes from the hydroelectric dams in the Columbia River system.  Natural gas, coal and nuclear plants account for the remainder. Transmission delivers power from generation sites to population centers, and distribution facilities carry the power to residential and industrial end users.  Until recently, these functions were closely integrated, and often a single utility performed all three functions.

Technological advances and a general trend within American industry towards deregulation have shaken up the traditional utility model.  In 1992, Congress passed the Energy Policy Act, which allows utilities to compete for customers and to serve customers not located in their service areas.  In order to facilitate competition, the law requires that utilities transmit or “wheel” power for other utilities over their lines under the same rates and conditions as they would transmit power to serve their own customers.  It also requires that customers be permitted to choose their power provider from the market, rather than be held captive within the traditional utility service territory.

Congress left the details of implementing the Energy Policy Act of 1992 to the Federal Energy Regulatory Commission (FERC).  In May of 1996, FERC issued Orders 888 and 889, which are fundamentally altering the face of the electricity industry.  Order 888 requires that transmission-owning utilities provide non-discriminatory access to competitors.  Order 889 requires that utilities post information about the availability of their transmission system on the Internet so all customers can access it equally.  This posting is called OASIS, or Open-Access Same-time Information System.

Order 889 furthermore mandates that utilities separate their transmission and generation functions, creating two entities that operate independently and separately from one another.  Across the country, utilities are moving to combine their transmission resources into regional independent system operators or ISOs.  An ISO controls access and pricing for the bulk of transmission lines in an area and operates independently enough to ensure that all transmission customers are provided with non-discriminatory access.  The Pacific Northwest has been considering an ISO formation for a number of years.

FERC Orders 888 and 889 apply to private, investor-owned utilities (IOUs), which FERC has the jurisdiction to regulate.  Even though publicly owned utilities are not regulated by FERC, Orders 888 and 889 have had an impact.  If a public utility wishes to gain non-discriminatory access to the transmission system of an IOU, for example, it must file tariffs with FERC that indicate it will provide the same service to the IOU. This mechanism is called reciprocity.

Congress has continued to pass legislation that provides further direction for the nation’s utilities.  Laws in many states, however, prohibit many activities ordered by FERC and the Energy Policy Act of 1992.  State legislatures have been moving to resolve these discrepancies.

Like other regions in the country, the Northwest continues to address the issues associated with restructuring in the electric utility industry.